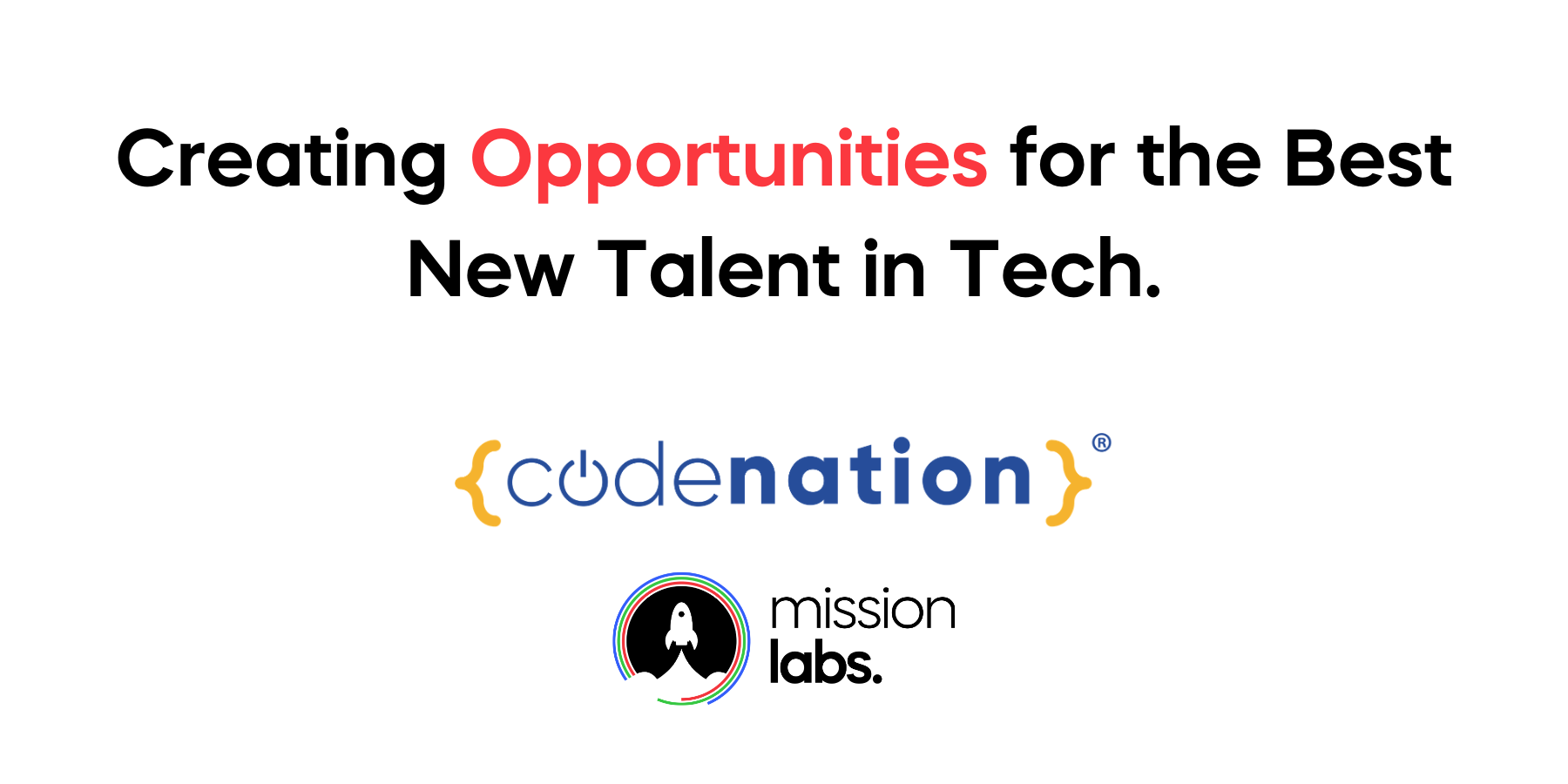 Who are Code Nation and What do They Do?

Code Nation are a coding school and software development apprenticeship provider with campuses across the UK. They create employable talent through their high impact, business-led training courses to provide students with fast-tracked routes into the tech industry and give employers the talent they need in the wake of Industry 4.0

What Do Code Nation Look for in a Partner?

Code Nation calls the businesses they work with their ‘Pledgers’. The Pledgers show their support to Code Nation’s students by helping to shape the content of the courses, providing small projects for the developers to work on as part of their learning, and ‘pledge’ to look for their new tech talent at Code Nation.

These Pledgers are the companies that commit to providing more accessible paths into tech careers outside of the traditional routes. Pledgers like Mission Labs truly believe that a great coder can come from anywhere. 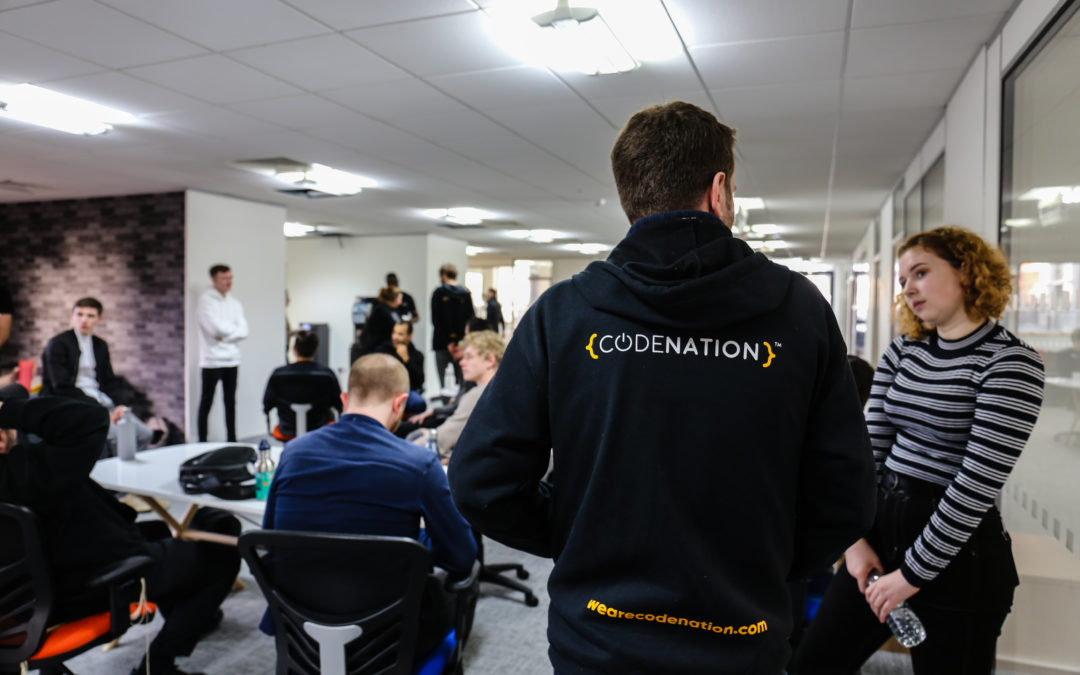 Who is Code Nation Suited for?

The answer is anyone and everyone - career changers, college leavers, life-long techies or even the “what is tech?”-ers. Learning to code isn't just for people who are good at maths and science. If you've got a great attitude and a desire to learn then you've got what it takes to become a professional coder.

Almost 90% of students wrote their first lines of code with Code Nation. They commit to starting the journey into coding together and welcome students with all levels of experience. There's no pre-course material or entry exam to complete before you join any of Code Nation’s courses. That's because the hardest part about learning to code is quite simply learning to code for the first time.

One of the most significant barriers to joining the tech sector is having access to the means to do it, whether that’s a laptop with the right software or the funding to invest in the training. Code Nation provides each of their students with a MacBook Pro for the duration of their campus-based courses. They partner with a number of finance providers for student loans, and their apprenticeship services mean that students can train at no cost. 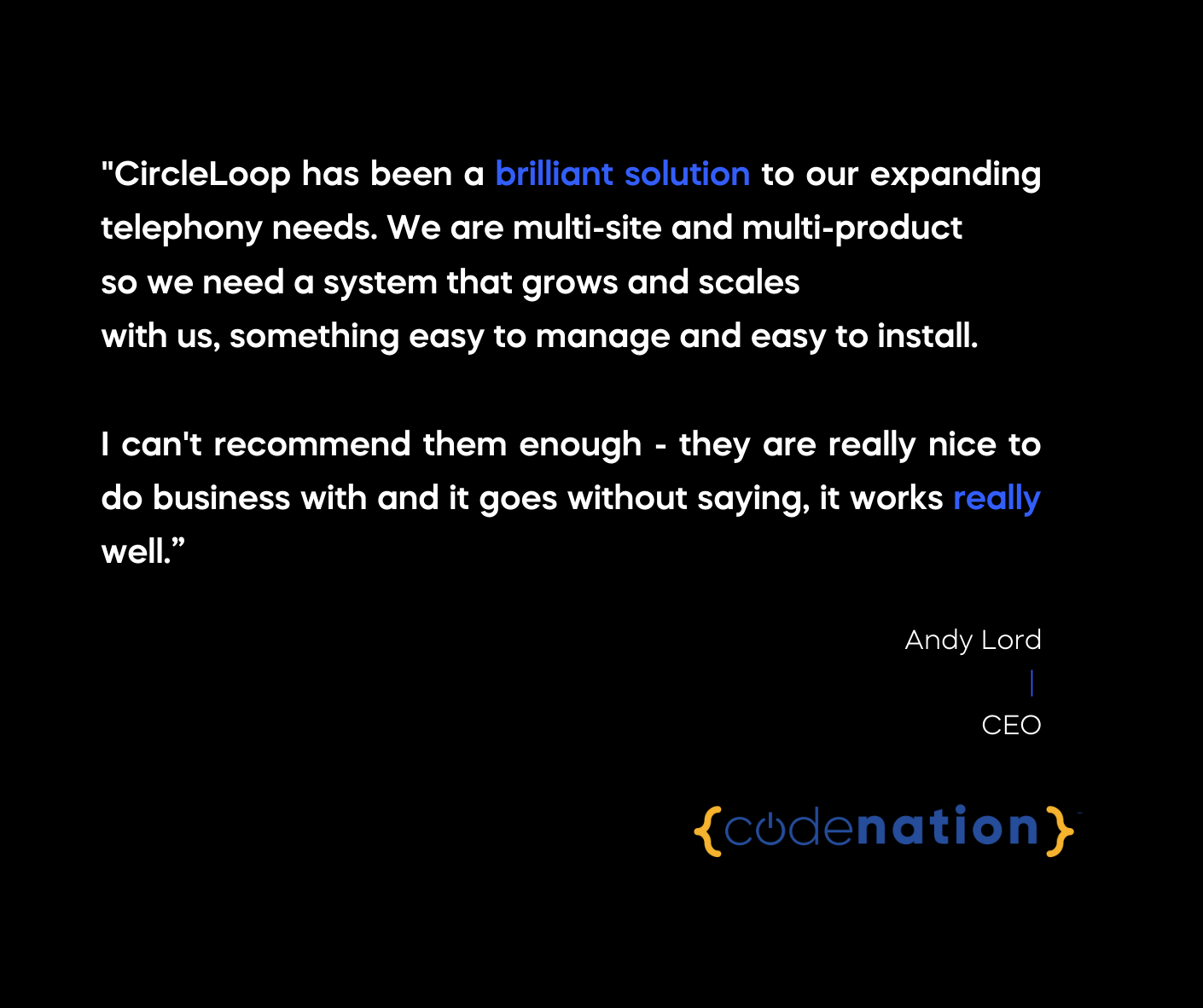 When Did Code Nation and Mission Labs Start Working Together?

The partnership began in 2018 when Code Nation implemented CircleLoop into their Admissions and Engagement Team.

What is CircleLoop and how did it help Code Nation?

Since it was founded in 2016, CircleLoop has rapidly established itself as an alternative to the normal telecoms approach, as businesses continue to shift to Voice over Internet Protocol (VoIP) and cloud services generally. CircleLoop operates as a self-service tool and it works anywhere over the internet in desktop and mobile applications instead of using traditional desk-phones.

CircleLoop helps education providers such as Code Nation by supporting calling, call menus and greetings, voicemail transcription and a range of other features in desktop, web and mobile applications allowing them to instantly add and remove team members or menus.

Upon joining CircleLoop, Code Nation were instantly able to set up local numbers across the UK via our numbers option and were able to set up different departments to route calls (including admissions, engagement and main office) to the correct member of staff or team.

In the Spotlight with Joseph Oldfield

Joseph joined Mission Labs at the beginning of 2020. Since then he has been getting hands-on experience as a developer, working with some of the most recognised names.

To read more about Joseph's story so far, we have a case study which explores his journey from a student at Code Nation to a junior developer with us. 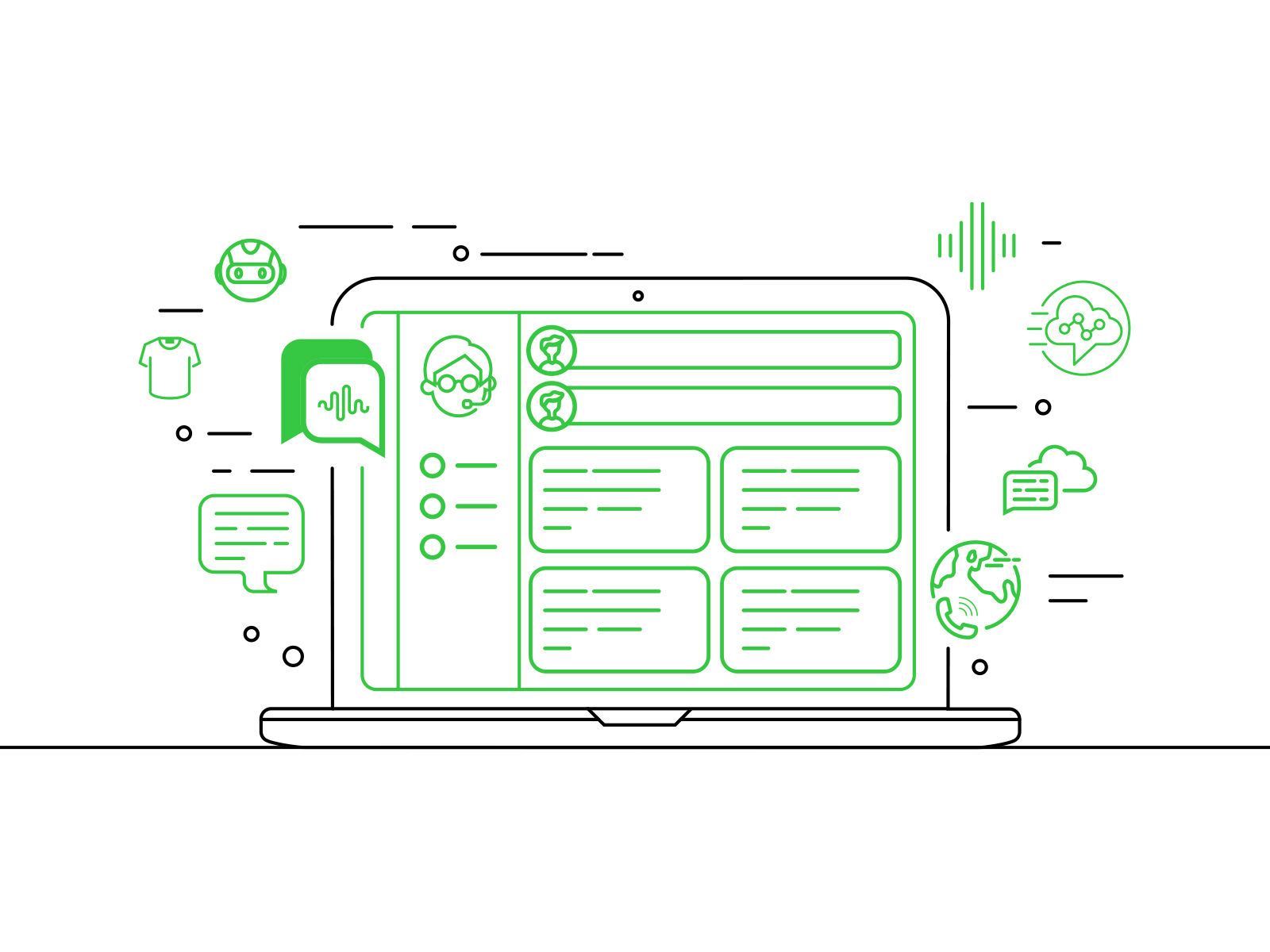 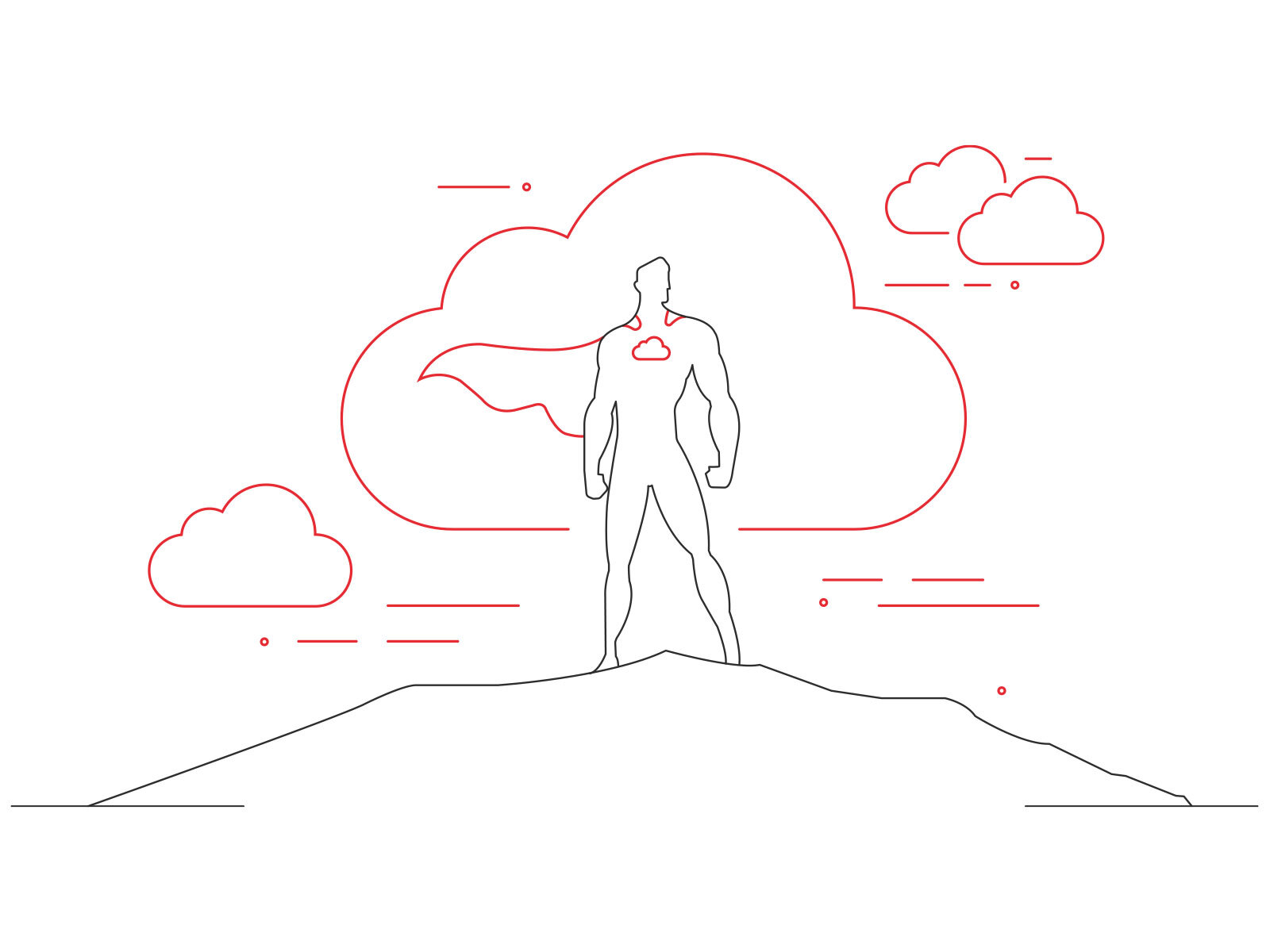 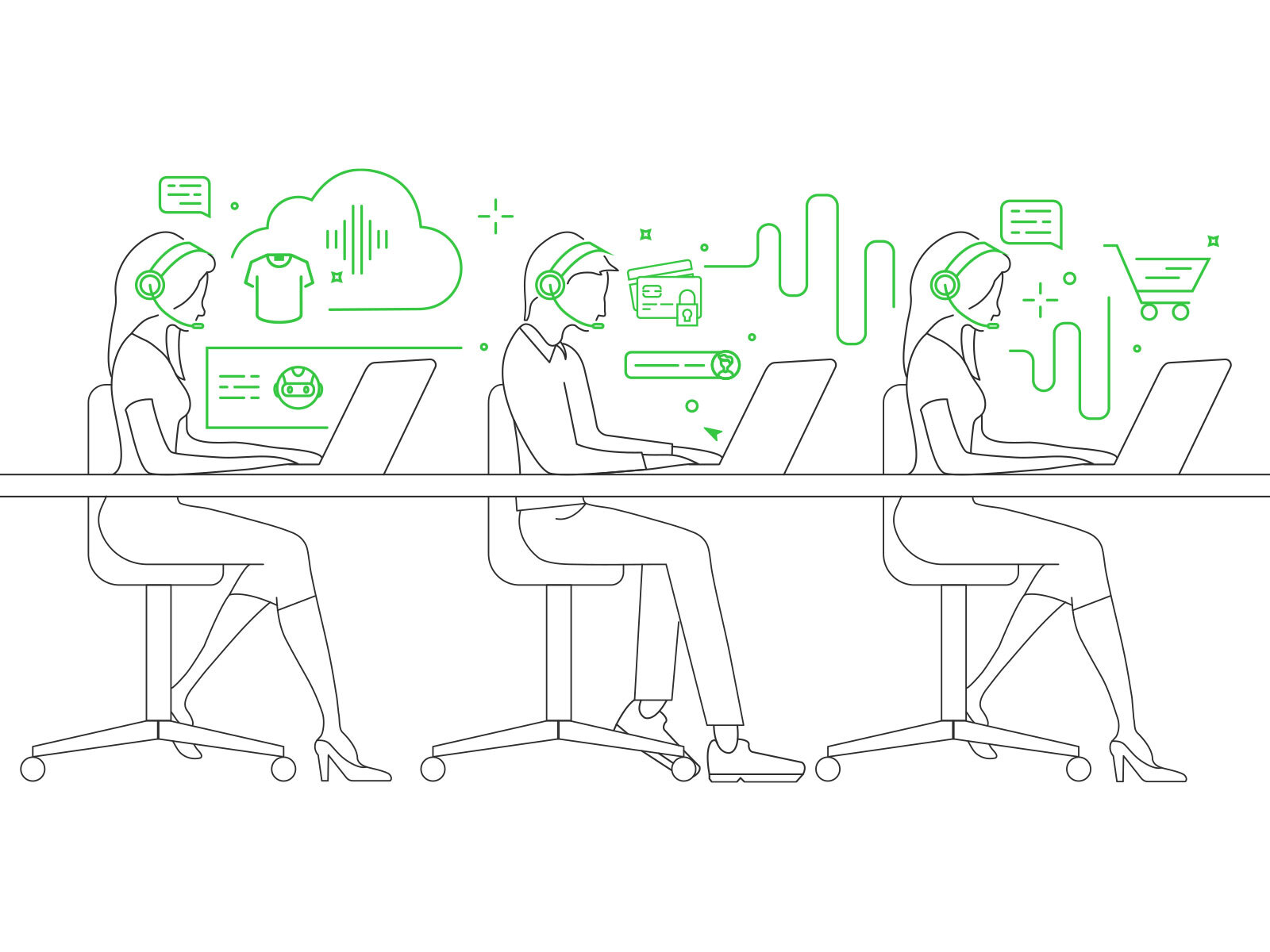